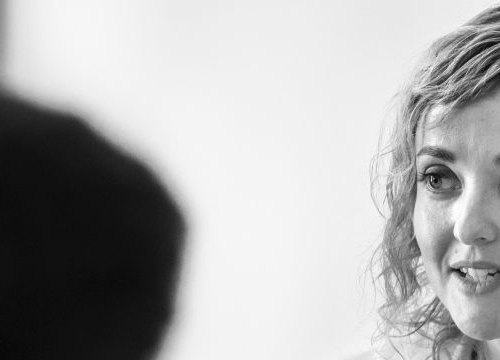 Dr Annyssa Bellal is Senior Research Fellow and Strategic Adviser on International Humanitarian Law (IHL) at the Geneva Academy. She currently works on a research project on armed groups and IHL and recently briefed the United Nations (UN) Security Council on current challenges in IHL.

Tell us about you: What’s your Background?

I am a Swiss Algerian national and grew up in Ethiopia. My father was a diplomat at the African Union so I guess I was, since my childhood, predisposed to evolve in an international environment. I, therefore, started studying international relations at the Graduate Institute of International and Development Studies. Thanks to the teachings of one of my mentors, Professor Andrew Clapham, I got more interested in human rights law and applied for an additional degree in the history and philosophy of human rights at the University of Grenoble. Then I started my PhD at the Graduate Institute and got, in parallel, an MA in law. Although I knew from the start I did not want to become a practising lawyer, I never regretted studying law. It allowed me to better understand some of the very legal concepts in international law, such as the law on state responsibility or international criminal law. But even if it seemed I got obsessed by getting academic degrees (I have two Masters, two LLMs and one PhD), I was in fact always interested in having both an academic experience and a practical one.

Right after my studies, I started working as a legal adviser at the Directorate of International Law of the Swiss Department of Foreign Affairs. This was a very formative and rewarding experience and I learned a lot about the political underpinnings of international law and its implementation by states. After that, I also worked as a legal adviser for the Office of the UN High Commissioner for Human Rights, the International Committee of the Red Cross and Geneva Call, where I acquired essential field experience engaging armed non-state actors in different armed conflict situations, including in Northern Iraq, Syria, DRC and Western Sahara.

After these years of practical experience, I wish now to contribute to policy debates, while conducting academic research. I also very much enjoy teaching and consider students as the ones who will continue working towards the construction of a more efficient and effective international legal system. I am lucky enough to have been able to teach IHL, human rights and international criminal law in different universities. At the moment, I give a course on armed non-state actors at the Geneva Academy, teach international criminal law at Sciences Po in Paris and IHL at the University of Berne.

Why Did you Choose to Work in the Field of IHL and Human Rights?

I came to human rights and IHL mainly again through my parents. My father belonged to the political bureau of the National Liberation Front in Algeria. He had been tortured in prison. While he was very discreet about this episode in his life, my mother was enraged about what had happened to him and many others and we talked a lot about the Algerian national liberation war. Both were driven by a desire to always stand by the ideals of freedom and human rights, as well as the respect of the persons in times of war. Although it did not appear so clearly to me at first, I end up writing my doctoral dissertation on the issue of immunity for international crimes, focusing on the crime of torture. Retrospectively, I think I was trying to continue their legacy.

What are the Research Projects you’re Currently Working on?

Together with Geneva Call, I am working at the moment on a research project aiming at collecting the practice and interpretation that armed groups have about certain key norms of IHL and human rights.

Why is this Project Important?

Armed groups are key actors in contemporary armed conflicts, for the good and the bad. Yet, their views and extent to which they are able to implement their obligations under international law are neglected by states, mostly for political reasons. Research has shown though that an efficient engagement with these actors on humanitarian norms must involve some kind of ownership of the law. This is why collecting their views is important.

What will be its Impact?

It is always difficult to evaluate the impact of a research project. Surely, violations of humanitarian and human rights law will not cease merely by collecting armed non-state actors’ practice and views on the law. But at the very least and hopefully, one of the impacts will be to raise awareness on the importance to not only consider these actors as ‘terrorist groups’, as many states do today and which can result in impeding or even criminalizing humanitarian aid and action. In some instances, doctors have been sanctioned for providing medical aid to fighters belonging to armed non-state actors, listed as terrorist organizations. Considering all armed non-state actors as terrorist is also a powerful disincentive for them to respect the law and a good excuse for states to treat them somehow as ‘exceptions’ to the otherwise applicable rules on status, detention or conduct of hostilities.

According to you, what are the Key Challenges today in IHL and Human Rights?

For IHL, one of the first challenges that comes to my mind is the problem of implementation and impunity. A lot is being done, but states are not scared enough about what could happen if they disregard IHL in the conflicts they are involved in. Criminal sanctions, both at the national and international levels, should be much more common for state officials who have committed war crimes. Another major challenge both for IHL and human rights is linked to climate change and the impact it will have on the economic survival of many populations, which is bound to induce massive displacement of populations. Suffice to witness how refugees and displaced persons are treated today in some of our democracies during relatively peaceful times to imagine how human rights will be respected when ‘real’ environmental emergencies will occur.

On a More Personal Note: What do you Enjoy doing in your Spare Time?

Apart from international law, I have two other passions: reading novels and cinema. 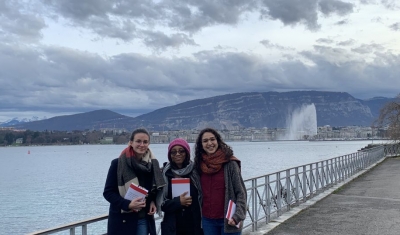 Tamara Aburamadan, Stephanie Mutasa and Mina Radoncic – enrolled in our LLM in International Humanitarian Law and Human Rights – will represent the Geneva Academy at the 2021 Edition of the Jean-Pictet Competition. 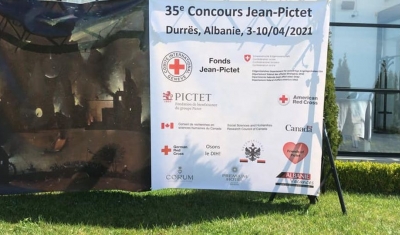 During one week, Mina Radoncic, Stephanie Mutasa and Tamara Aburamadan – currently enrolled in our LLM in International Humanitarian Law and Human Rights – represented the Geneva Academy at the 35th edition of the Jean-Pictet Competition that took place in Durrës, Albania. 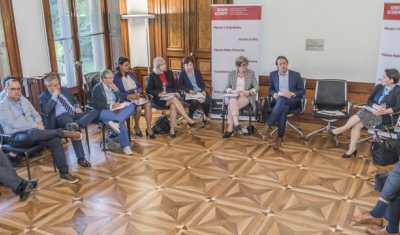