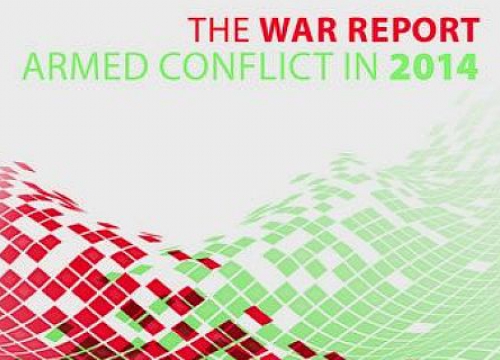 The War Report is the only independent and comprehensive global classification of armed conflicts under international law. This year’s Edition provides unique information about the 42 armed conflicts that took place in 2014. The analysis reveals that the majority of victims – 171,400 in total - are civilians killed or injured in non-international armed conflicts. Iraq suffered the highest number of casualties (45,450 killed or injured), followed by Syria (31,253) and Afghanistan (23,578).  The 2014 Edition also examines key developments or controversies that arose in 2014, such as, the rise of the Islamic State and affiliated groups, or the exposed situation of refugees and asylum seekers from conflict-affected areas.

In this launch event, the panelists will discuss specific issues addressed by the War Report 2014, including the changing nature of internal armed conflicts, the conflict(s) in Ukraine and the fight against impunity.

Robert Roth, Professor and Director of the Geneva Academy of International Humanitarian Law and  Human Rights

Christof Heyns, Professor of Human Rights Law at the University of Pretoria: The conflict(s) in Ukraine

Cécile Aptel, UN High Commissioner for Human Rights’ Senior Legal Policy Adviser and Associate Professor of International Law at the Fletcher School of Law and Diplomacy: Is the fight against impunity still a priority?

In this launch event, the panelists discussed specific issues addressed by the War Report 2014, including the changing nature of internal armed conflicts, the conflict(s) in Ukraine and the fight against impunity.