Inaugural Lecture of the 2016-2017 Academic Year Dealing with the Past in Tunisia: Challenges Ahead 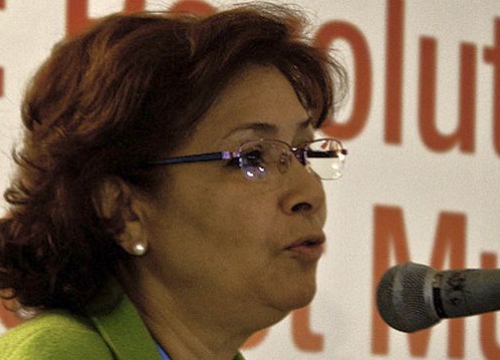 On December 17, 2010, the Tunisian street vendor Mohamed Bouazizi set himself on fire in a desperate act against the oppression he faced. His death prompted nation-wide protests eventually reaching Tunisia’s capital and leading to the fall of Ben Ali’s oppressive regime. Since then, Tunisia has undergone a transition to democratization that is often heralded as an ‘Arab Spring Success Story’. Is this a fair assessment of the country’s transitional process? Can Tunisia be seen as a model for how to deal with an oppressive past? What is the contribution of the Truth and Dignity Commission? What are the challenges ahead?

On the occasion of the opening of the academic year and the launch of the new Master of Advanced Studies in Transitional Justice, Human Rights and the Rule of Law, Sihem Bensedrine, a prominent figures of Tunisia’s democratic transition,  will discuss key challenges of addressing past abuses in the aftermath of Tunisia’s Arab Spring.

Sihem Bensedrine is the head of the Tunisian Dignity and Truth Commission, tasked to investigate crimes committed under the country’s pre-revolutionary regimes. A high-profiled Tunisian journalist and human rights activist, she has been at the forefront of the fight for human rights in Tunisia, including freedom of speech and women’s rights. A graduate of philosophy of the University of Toulouse (France), she was among the founding members of the Tunisian Human Rights League, which received, as part of the “National Dialogue Quartet”, the Nobel Peace Prize in 2015. In 2016, she received the Human Rights Watch “Alison de Forges Award for Extraordinary Activism”.